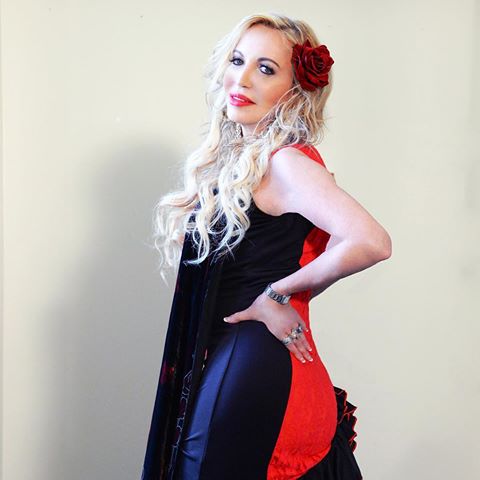 ​Nadel Paris is a recording artist, musician, music producer, songwriter, dancer, as well as an actor. Born in Paris France. her mother was a Christian Dior model. Nadel Paris’s father was a psychotherapist, and he has spent a lot of time training Nadel with the understanding of the psychology of success.  Nadel Paris was born to be creative.

Her music is a mix between different styles fused with electronic dance beats. Getting an early start in music, Nadel was signed to a recording contract to EMI France, she was only twelve years old at the time. Nadel Paris’s passion for music was an obvious choice for her, as she immersed herself in American pop music at an early age.

She often works along-side her producing and DJ partner Dario M. Their new single Freedom is out now with remixes by Ray Rhodes, Cyphonix, Rick Cross, Moody Boy and Pawz. Nadel Paris is an animal activist and she also is an advocate of Freedom. Nadel Paris love diversity. She loves America and still has a tinier place in her heart for her country of origin, France.

A true American citizen, Nadel Paris is also a citizen of the world. Spiritual, she believes that everyone should be able to express their religious beliefs. She often ends her notes to her assistant by a joyous Namaste or Salam, or Shalom. However, music is Nadel Paris’s religion. She loves the notion of Liberté, égalité, fraternité.